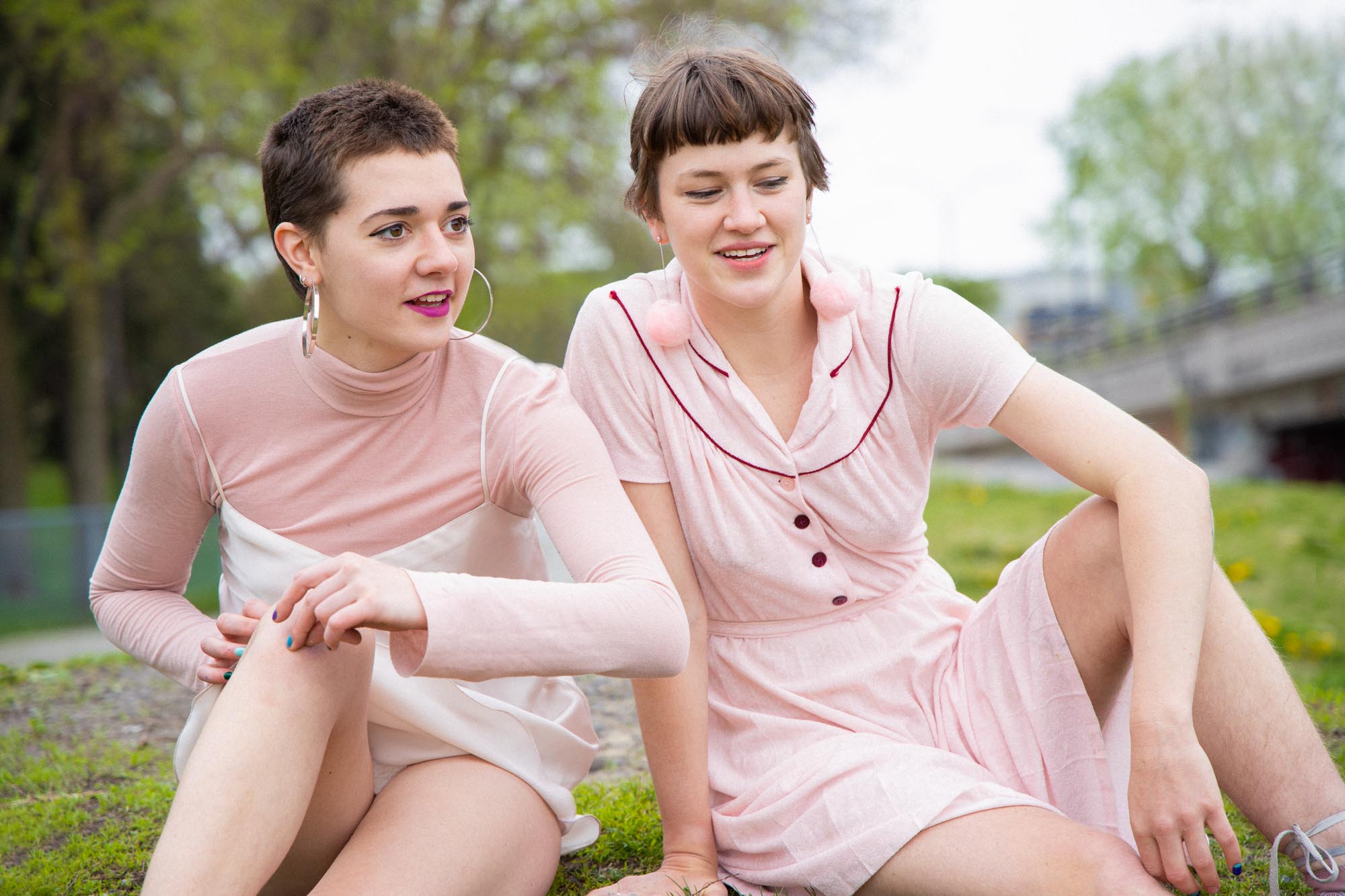 Chris: Tell me the story of getting signed to your label which led to recording with Steve Albini.

Jed Arbour: It was 2016 and we were visiting our original drummer Jack in Manchester. We were at a super legit club and music venue called the Day and Night Cafe. I was at the bar buying a round of eight beers ( that’s what you have to do in England, buy a whole round for everyone, it takes forever). There was a stage and we just asked the bartender if we could play. It was a “fake it till you make it” kinda moment. The booking manager came over and our table of drunk friends convinced him to let us play.

Nora Kelly: Oscar Jones, our manager now, was there to see some other band that didn’t show up. We got on stage and started to play. We were psycho. Doing the splits, screaming, going crazy. Oscar was super pumped. “You’re fucking mad!!” he said and insisted we sign to his label Mainline Records. We were super skeptical at first but then he started booking our flights back and forth to England and giving us money to record an album.

Jed Arbour: Yeah, he kinda became our sugar daddy. He booked us shows all over the UK, he bought us a van. He made all kinds of stuff happen. Then when we were playing a festival in Brighton, he told us he’d hired Steve Albini to record our album in Chicago. It was so sick. 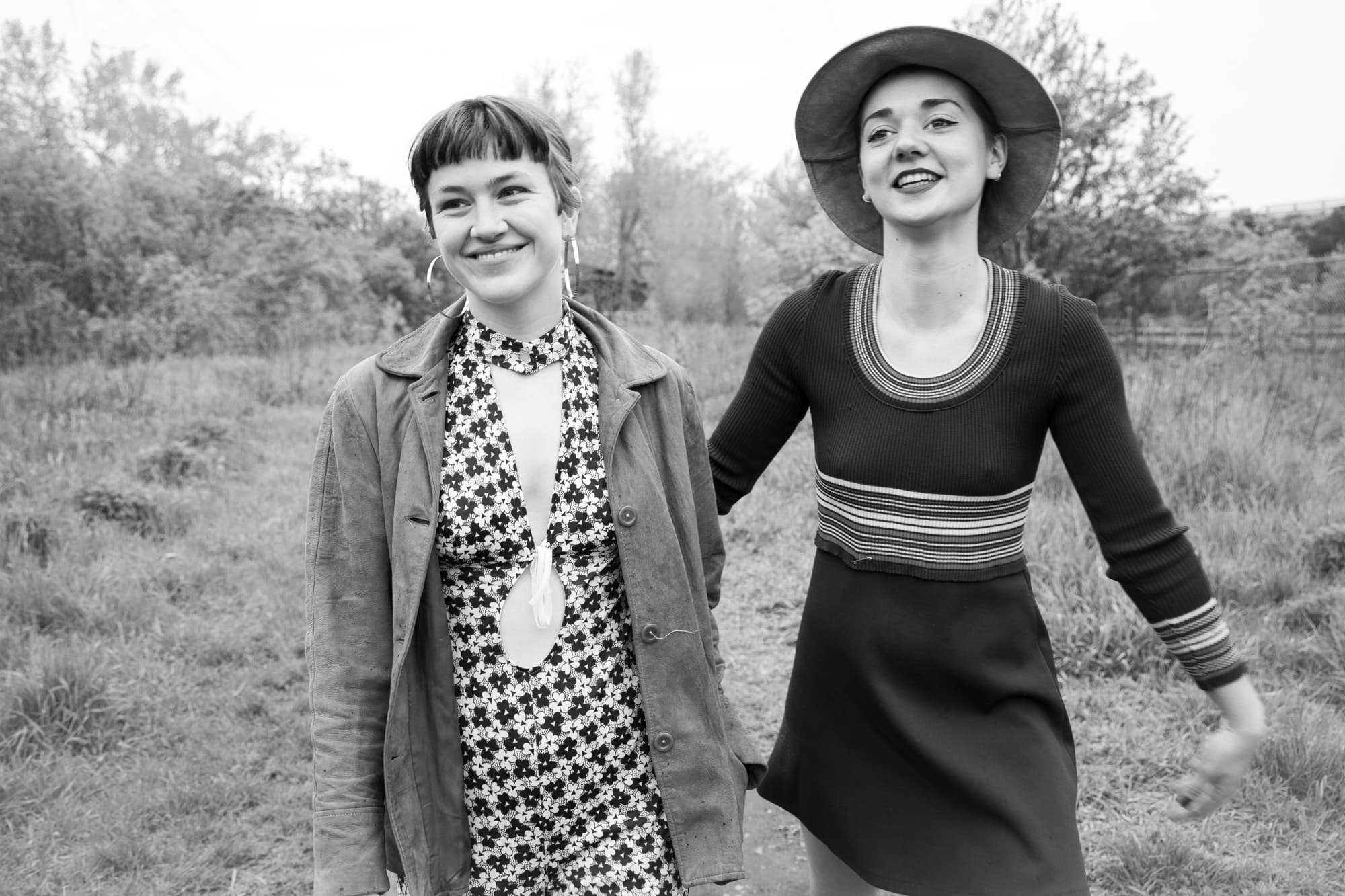 Chris: What made Steve the ideal producer for Dishpit?

Jed: He’s one of the best grunge and punk recorders ever. He has the best sound. All analog, 16-track. Everything is very raw and live off the floor. There are no effects or overdubbing. He just tells you to play your instrument. There’s no click track. Steve said, “playing with a click track is like driving with the cops behind you.” It was a great experience but also kinda nervewracking. Thankfully we were very well practiced and we ripped through the whole album without any mistakes.

Nora: His studio is incredible and it just feels like magic is going to go down. The environment is inspiring, there’s a 20’ x 20’ Persian carpet and $65,000 mixing board. We got to fuck around with his gear, pedals, anything we wanted; Jesus Lizard’s base cabinet, instruments played by The Breeders, The Pixies, PJ Harvey, Nirvana, Slint. I asked him if anyone famous had recorded with the amp I was using and Steve was like “no.” Oh, and his intern would bring us fluffy lattes all day, Steve called them “Fluffies.” 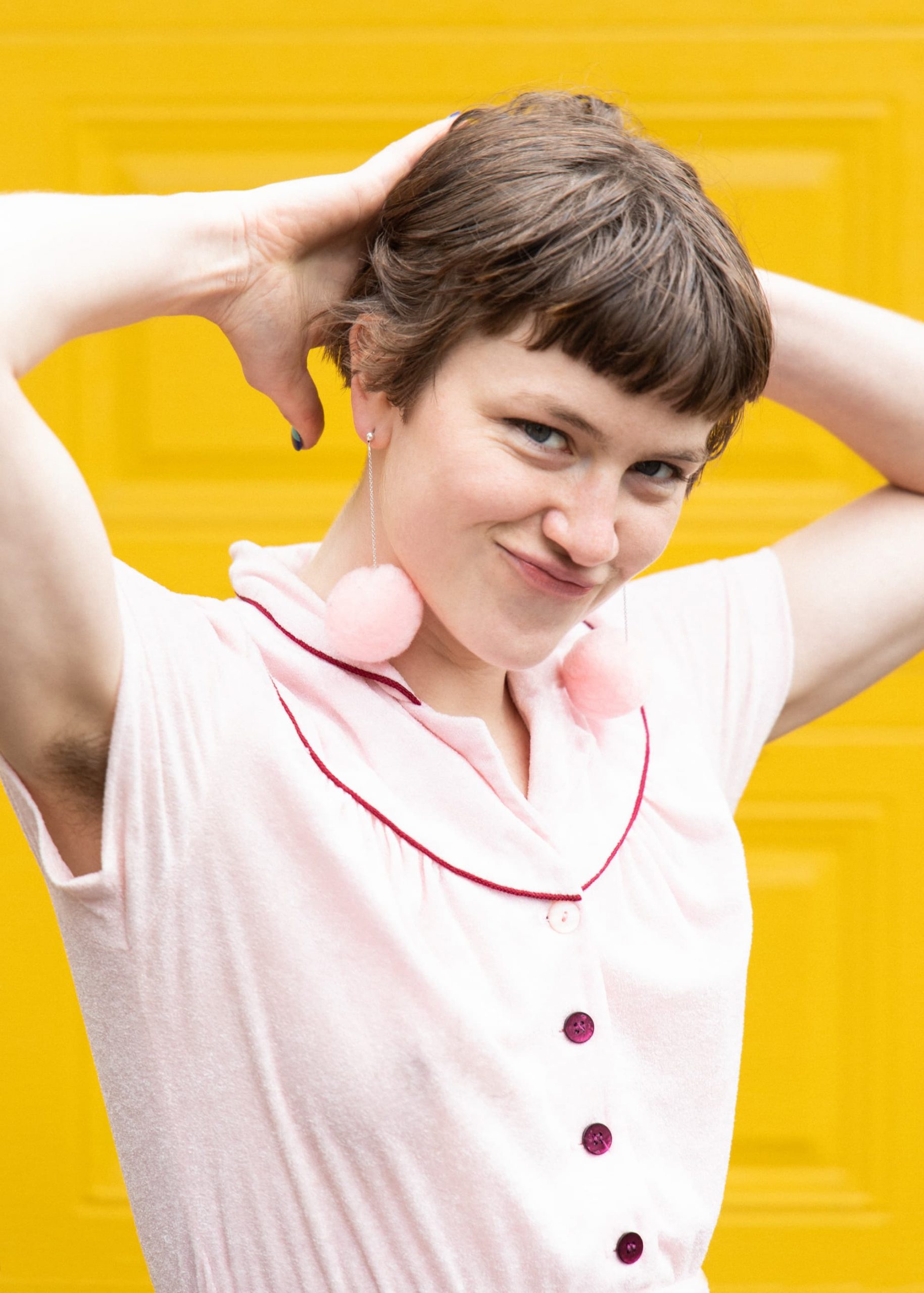 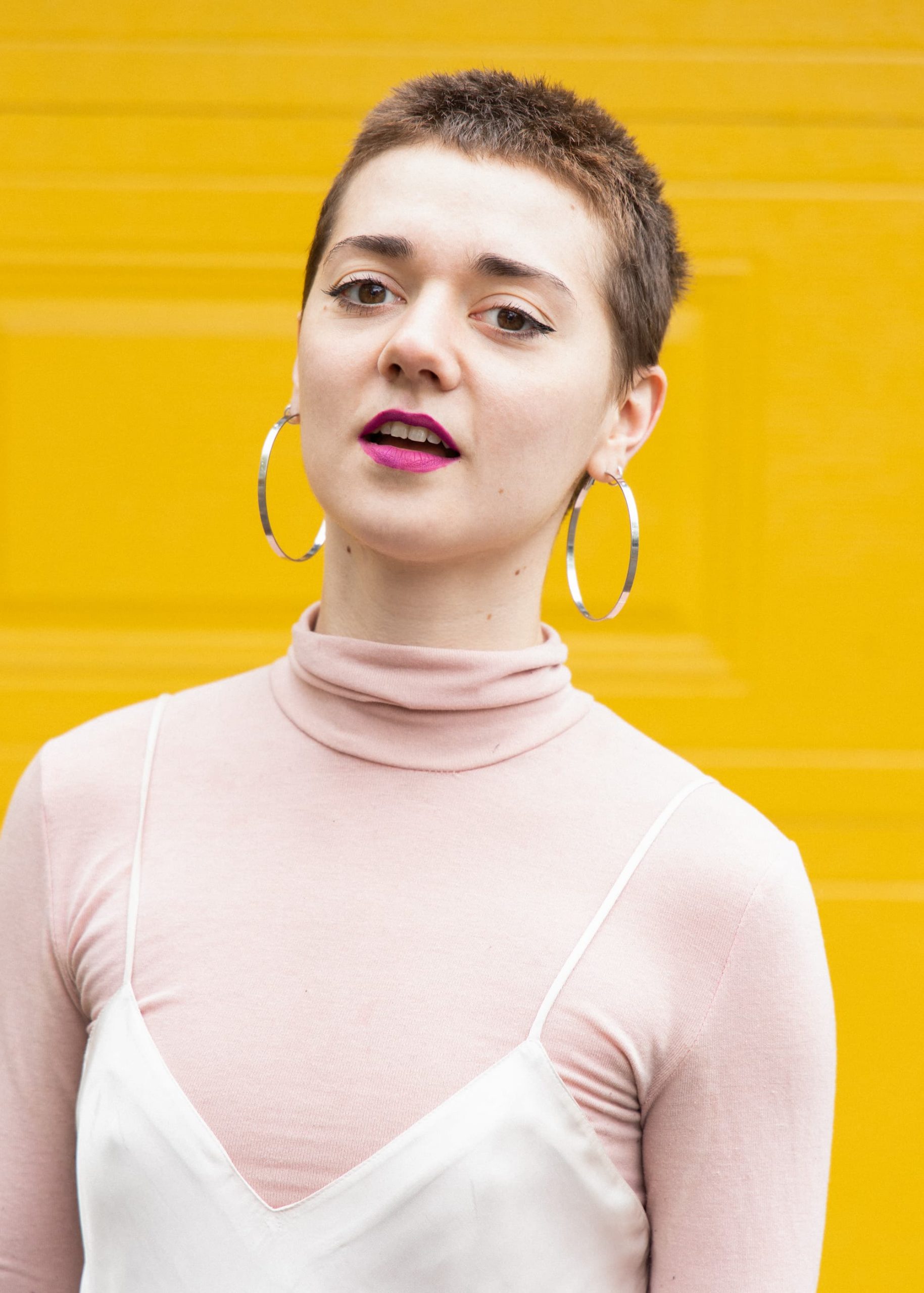 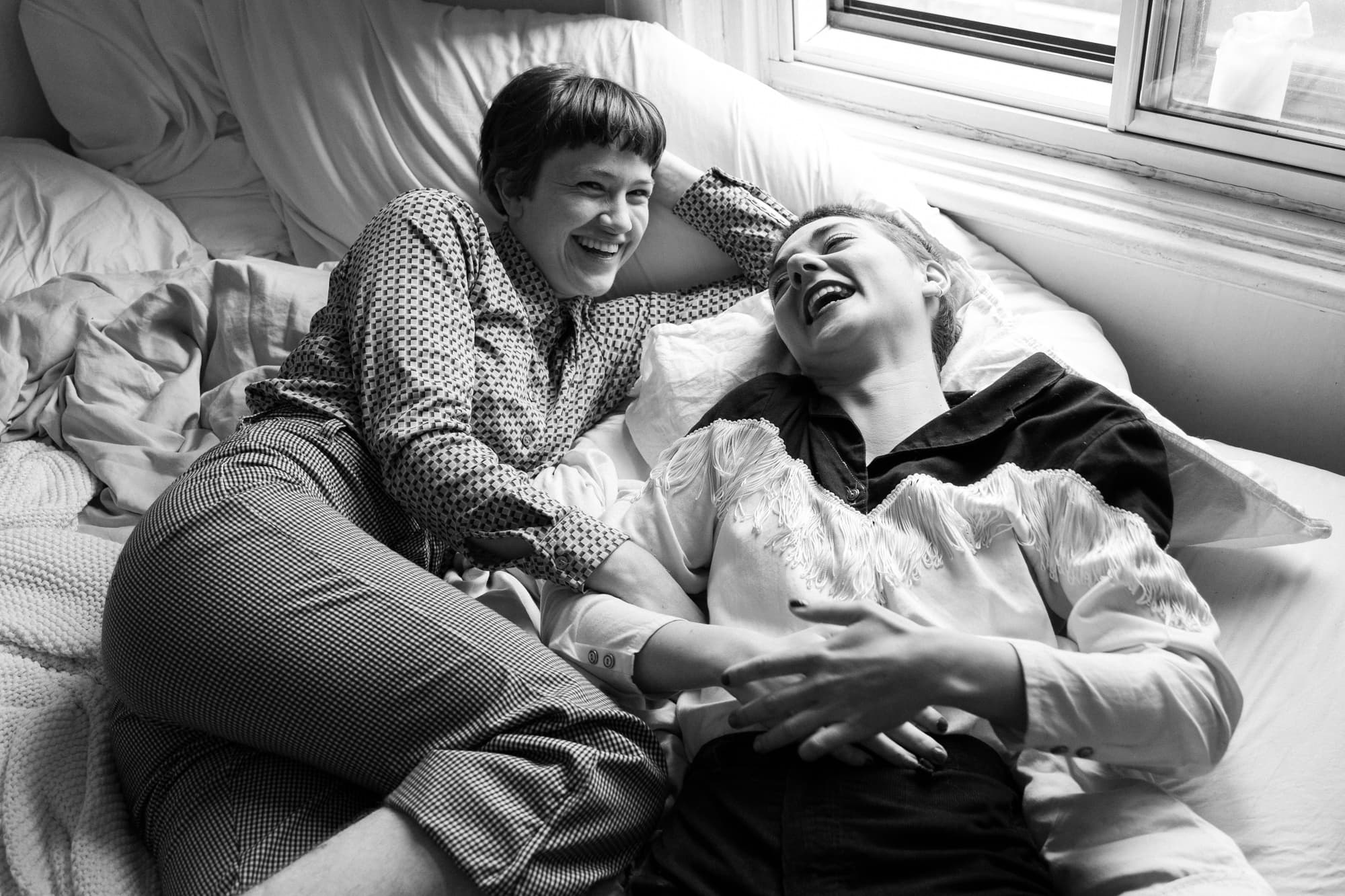 Chris: What did you learn about yourselves as musicians through the process?

Jed: It was a revelation compared to how we’ve recorded in the past. We often struggled with super technical people and recording processes, especially using a click track. I always just want to say “fuck off, leave me alone.” Steve understood that we’re very intuitive and let us play however we wanted. It was great to be validated that way. As a woman in music, you’re often doubting your abilities and technical knowledge so this process made me trust myself as a musician.

Nora: Exactly, we realized we could have just trusted ourselves from the beginning. Aswell we learned we can really buckle down when we need to get things done. Almost all the songs on the album are first takes. 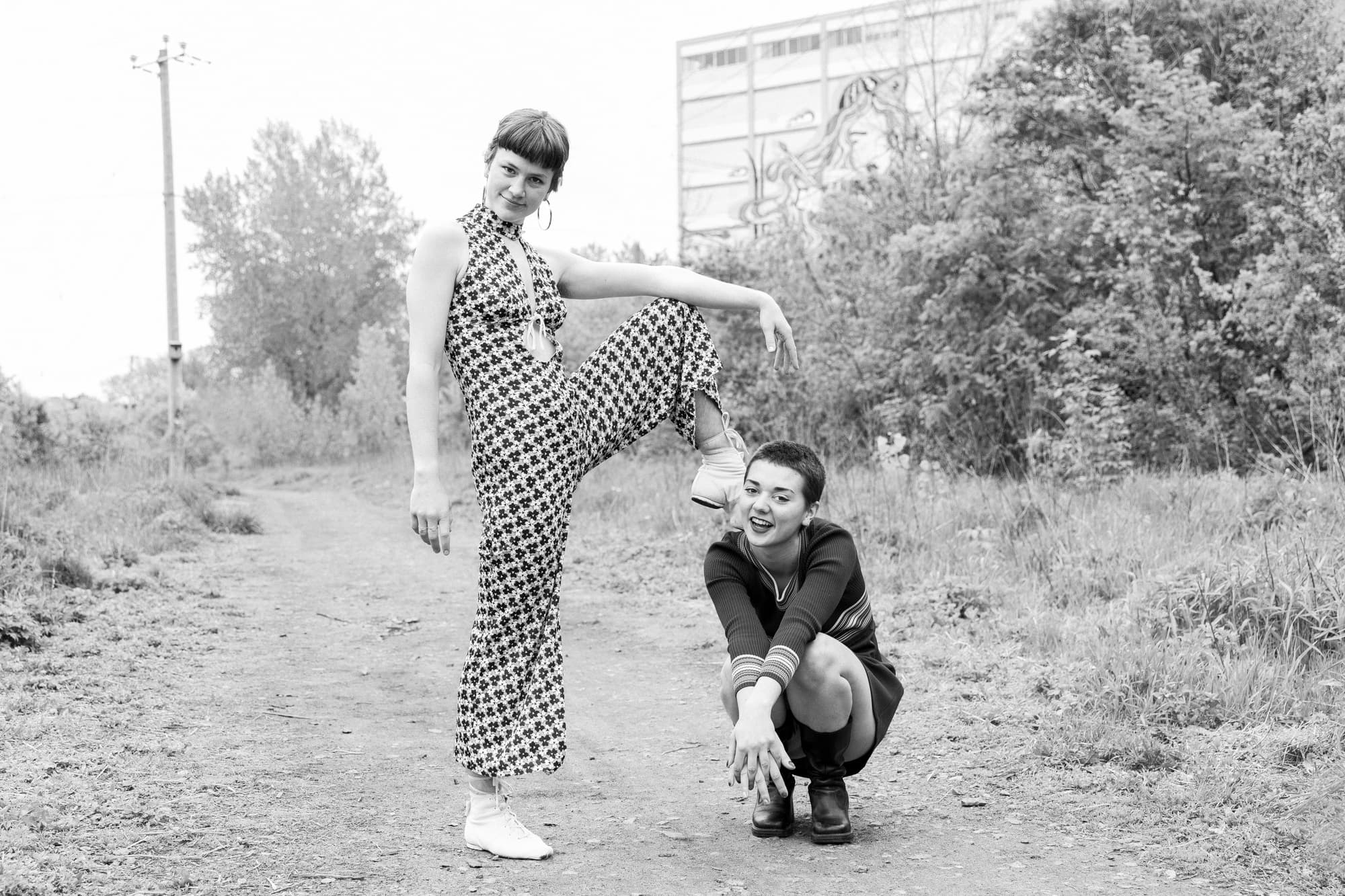 Jed: I think it started out as the best vehicle, it was a great way to push against stuff. I feel with punk rock you can just take up so much space. You know like when a big man walks into a room, you’re just like “get out!” For me being in this band is about dominating and taking up a lot of space. Punk is also the most accessible I think.

Nora: For sure. Its’ still pretty wild to see a woman who you might expect to be kinda submissive and nice and calm and nurturing to be screaming her brains out and flailing and being a complete angry mess on stage. For us we love being big rockstar bros. Most people don’t expect the one band on the bill with women in it to have the most douchy bro energy. 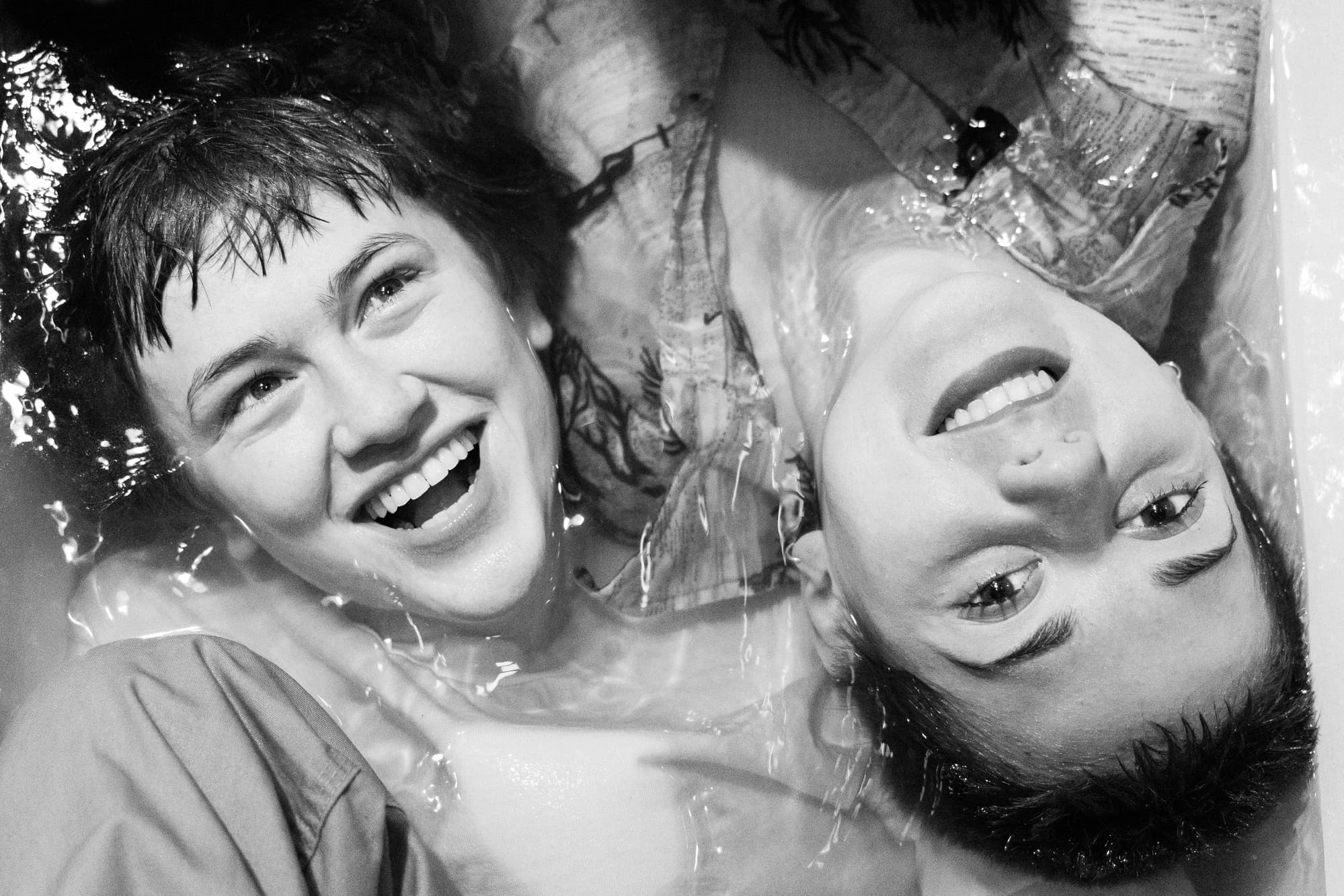 Chris: If Netflix made a movie about Dishpit, who would star as Jed and Nora?

Nora: Marion Cotiallard because she’s super hot. Or maybe Maisie Williams, but really because I like her that much, not just for the resemblance.

Chris: And what would the story about?

Nora: Even though we’re both women we somehow have sex and we end up having tons of kids (all girls) and we train them to be an army of musicians who rent a tour bus that’s cheaper by the dozen.

Jed: That is TOTALLY NOT what the story would be about!!

"Most people don’t expect the one female band on the bill to have the most douchy bro energy." - Nora Kelly